The age of the Tourism Pledge: are they the key to post-covid sustainable tourism?

We’ve seen destinations develop tourism pledges long before we were faced with the challenges of the pandemic. From Iceland to New Zealand, pledges ask travellers to promise to respect the local environment, communities and culture on their visit as a response to the increasing damage that over-tourism is having. But have they had the impact they set out to achieve? 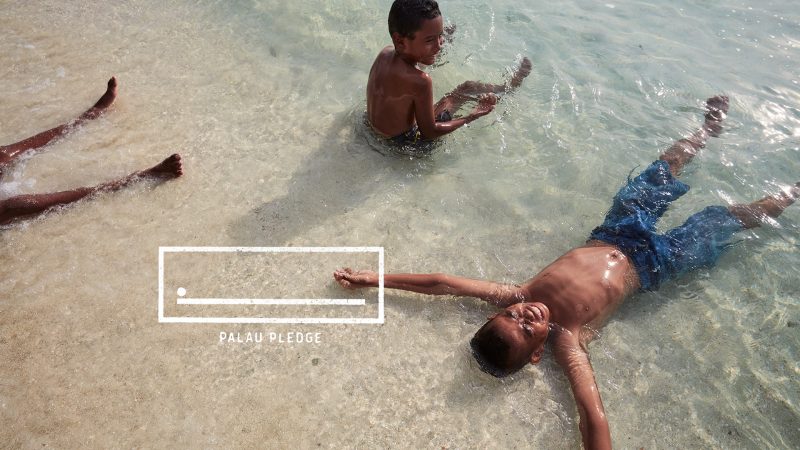 The Palau pledge is addressed to the children of Palau, they are the future.   Source: Palau Pledge.

The Palau Pledge, as an early example, is a heartwarming, grass-roots grown tourism pledge. It was drafted with the help of the nations children and urges travellers to respect nature and the local community.

A small archipelago in the Pacific Ocean, Palau is home to hundreds of lush forest-covered islands dotted amongst piercing blue waters. The area became a marine sanctuary in 2015  preventing oil extraction and commercial fishing and protecting the underwater biodiversity that this island paradise relies on.

Like many destinations around the world, overtourism hit Palau hard. In recent years tourist arrivals were almost seven times that of Palau’s population.

In 2017, after two years in the works, Palau enshrined the ‘Palau Pledge’ into its immigration law. Entry visas are processed with the pledge stamped directly into passports and require travellers, ‘guests’,  to promise to treat the area with respect: “I vow to tread lightly, act kindly and explore mindfully’. 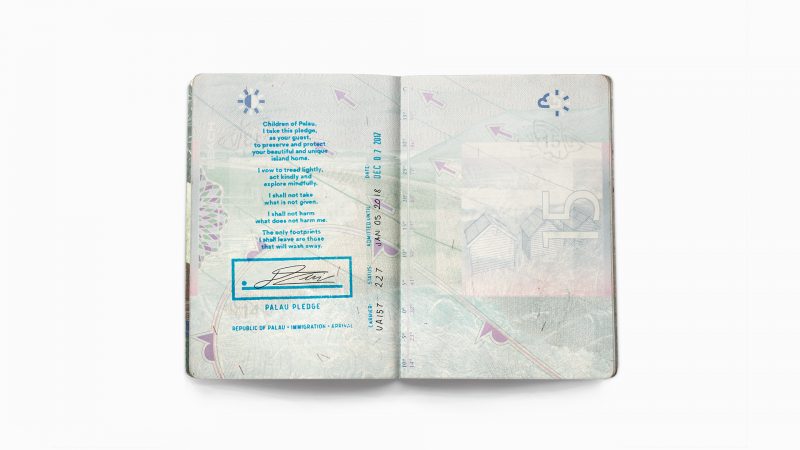 The Palau pledge is stamped into your passport on arrival.   Source: Palau Pledge

Most destinations with pledges rely on the good will of travellers to do the right thing and treat places with respect. The Tiaki Promise in New Zealand, the Icelandic Pledge, and the Sustainable Finland Pledge are all founded on the same principles. Yet Palau has been the only destination to enshrine the pledge in law with travellers risking fines if they do not comply. Some point to the relatively small size of Palau that enabled it to pass this in law. However, it appears building a conscious traveller community is higher on the agenda than punishing those that do not abide by the pledge.

At the most basic level, pledges are a messaging tool that speak to the conscious traveller. Creating a pledge demonstrates what sort of destination you are or hope to be in the future. One that values the environment, sustainability and respects the communities that make destinations what they are.

Yet the more pledges pop up, the more drowned out the message of leave no trace becomes.

Travellers: put your money where your mouth is, and is good will enough?

Aside from Palau, tourism pledges encourage tourists to do the right thing, but does that necessarily mean that this ensures more sustainable tourism?

Pledge for Wild, a collection of mountain towns in the United States, encourage per hour donations for time spent in wild places. The money goes directly to local conservation groups to protect these wild spaces. Pledge for Wild recommends a $1/hour donation for time spent in the pristine wilderness, capturing your epic instagram shots and recharging your batteries. One dollar an hour seems pretty reasonable, but consumer willingness to pay can be a tricky one.

Take for example carbon offsetting flights. In Australia, major air carrier Qantas offers carbon neutral flights through an optional added extra. On average, this works out to be added 2% on top of flight costs. Or $2 on top of a $100 flight from Melbourne to Sydney. Despite that price point, only 10% of consumers choose to offset their flight.

As travellers we choose where we spend our money, and this is a big deal. Whether it is through pledging to clean our atmosphere through future-focused traveller collective Tomorrow’s Air, or through carbon offsetting our flights with forest restoration projects that protect vital ecosystems, or by travelling to places that are giving back to communities and the environment  – our actions show our pledge to our future.

These moves demonstrate the responsibility that travellers are taking. This is not to say that responsibility is solely on consumers, especially with regard to money. But sometimes, as we’ve seen with the pace of change of climate action at a global level, if you want to get something done – starting from the grass-roots can be extremely powerful. If nothing else, pledges alert travellers to the  moral burden that travel has. 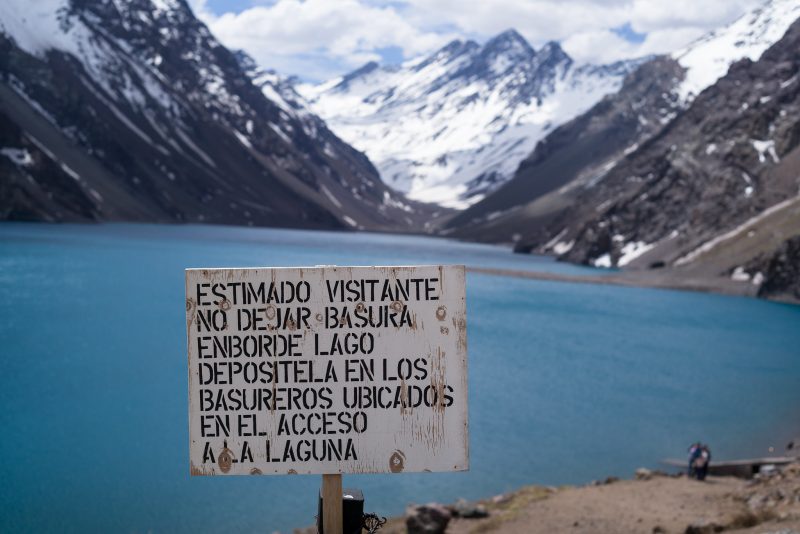 Destinations: We’re looking at you

At the end of the day, destinations need to set the rules. Research into the impact of pledges on traveller behaviour by the Adventure Travel Trade Association suggests that success of pledges can be traced back to the destination over the traveller.

Pledges are a tool for destinations to raise awareness of their expectations of visitors and it reminds travellers that they are guests, who are expected to behave responsibly.

We have known for a long time that BAU isn’t going to cut it. Pledges as a marketing tool attract a conscious traveller that destinations want/need. They are also a community-builder, something to rally behind. If nothing else, it helps travellers stop and think, and in some cases, put our money where our mouth is.